Trying to decide between Bluehost and HostGator, two of the biggest shared web hosting brands in the industry? Then you’ve probably read tons of articles detailing their offerings.

In fact, we’ve covered a comparison of their plans and services before on Hosting Kingdom.

Check out our Bluehost vs. HostGator side-by-side visual comparison

Today we are going to look at something different. Instead, let’s dig into the deeper aspects. How does each brand conduct business, and how do they compare to each other? Let’s take a look.

Both companies were founded around the same time, which may be a reason for how far they’ve both come in the industry thanks to having over a decade each to build up their business and experience. HostGator was founded in a Florida Atlantic University dorm room in October of 2002 while Bluehost started in 1996 but wasn’t taking its first customers until 2003. Bluehost is based in Utah, and HostGator’s headquarters relocated from Florida to Texas in 2006.

Both boast high numbers of sites hosted. Bluehost says on their website that they power over 2 million websites worldwide while HostGator hosts a whopping 9 million.

You’ll also find that they both lay claim to numerous awards. Just a few awards HostGator has won include:

Bluehost and HostGator offer a similar experience when it comes to their websites. Both open with an overview of their service features and advertise their lowest shared web hosting prices. They both go on to expand on additional features and packages.

From the home page, each website features a navigation tab to make finding details about their packages and business simple. They also both share their contact information right in the header, so it’s easy to contact support.

While the website’s layout is very much the same for both businesses, the aesthetics differ greatly. At Bluehost, you’ll be greeted with a business-like atmosphere. HostGator, on the other hand, makes web hosting feel fun with cartoon drawings and vibrant colors. That’s not to say that HostGator is not as business-oriented or as serious as Bluehost is; they just like to make things fun for you!

Once you log into your account, you’ll find that Bluehost’s and HostGator’s cPanels are nearly identical in layout. Announcements, navigation links, and promotions are found in a left-hand panel while all of your quick links to your website files are organized neatly into various sections on the page. To make things look great, they’ve both utilized icons to help you quickly find what you’re looking for on your cPanel, whether you’re hoping to buy a new domain or to access your email.

When it comes to web design, one does not rival over the other; they’ve both developed beautiful websites that are mostly differentiated by their unique branding.

The well laid out design and easy-to-digest material makes both of these business websites user-friendly. HostGator makes it a little easier to view their offerings by listing their hosting services and starting prices for each package on their home page. However, Bluehost also makes exploring their packages simple with their “products” tab on their navigation panel and their sign up process is straightforward.

Finding support services is also a cinch across both websites as each of them feature a support tab complete with a help center and forum area.

They’ve both hidden their social share buttons and blog links in the footer of their website, so neither makes it easier to find those links when you’re looking for them.

Overall, they’ve both done a great job of keeping up with each other to make their websites user-friendly and appealing.

In evaluating each business’s website content, you’ll find that they’re very similar in the methods they use to convert prospects. They both keep their website content short, to-the-point, and easy to read for a user-friendly experience.

HostGator, however, features a few extra sections on their home page – such as “Why Choose HostGator?” and “What Do Others Say About HostGator?” – that might make a more convincing argument for people who are just starting out with web hosting and aren’t sure what it’s all about.

Turn to both of their hosting package listings, and you’ll find a similar layout detailing what you get with each package and what the pricing looks like. Like on their home page, HostGator goes a little further than Bluehost in explaining exactly what you’ll get, including listing what CMS options they offer.

Overall, HostGator does a better job of explaining their offerings to total newbies while Bluehost keeps their content short for a customer base that already knows what they want.

Since both companies have attracted a large number of users, you’d expect their marketing efforts to be somewhat the same. They both feature an affiliate program and make the details easy to find on their site. HostGator, however, does a better job opening up to the media with a media and press kit available for download. BlueHost does not currently have a press kit readily available on their website; instead, they list their “newsroom” as “coming soon.”

Both have run traditional TV commercials, but you’ll find that Bluehost is more proactive about marketing via short video than HostGator is. You’ll often see Bluehost ads play before watching a Youtube video. Since you can skip these ads in 5 seconds, Bluehost has developed a series of humorous videos – “Bluehost in 5 Seconds” – that get their ideas across quickly and then go on to offer an entertaining clip.

They also both offer incentives for signing up, such as reduced rate packages for the first year.

Head to Alexa.com, and you might find out why. HostGator ranks as the 454th most popular site in the world while Bluehost comes in at 660. While Alexa ranking doesn’t determine Google search rankings, the same methods HostGator has used to become a more popular website could also help them in ranking higher for SEO terms.

Social media may not have as much of an impact on these businesses’ popularity as their traditional marketing methods and affiliate programs have, but they both still understand the importance of a social media strategy.

HostGator, however, does prove to be more popular on social media channels with over twice the followers on both Facebook and Twitter than Bluehost has. Both Tweet rather infrequently, but head to Facebook or Google+ and you’ll find both of them posting often. As if they can’t get any more similar in their business model, they both share similar content on social media channels, including things like website tips and news, blog post updates, and notices of deals and coupons.

Even their Youtube channels are incredibly similar. Both feature ads, tutorials, and training videos. Bluehost manages to claim over twice the amount of subscribers than HostGator, but HostGator has 10 million more video views than Bluehost.

Bluehost also actively utilizes other popular social media channels like Pinterest and LinkedIn where HostGator doesn’t even list these links on their site. Looking at their activity and the type of content each one shares, however, one does not dominate the other in social media strategy.

As part of their inbound marketing efforts, both companies utilize a blogging platform. Bluehost’s blog design is fairly simple, but it takes a unique approach by putting recent, popular, and category links at the top of the page. Still, the simple design makes it easy to navigate if you pay attention to the offerings in the top section.

On Bluehost’s blog, some of the text overlaid atop featured images make the dates and titles tough to read at times. Bluehost also doesn’t share any text snippet of the blog post on the home page, so you don’t have that intro to help you decide if you’d like to read on. Luckily, their blog titles usually say enough to pique interest. Once you get into the blog post, the sharing buttons are nonexistent. There is a “Share” button hidden at the end of each post, but if it’s supposed to pop up social sharing options, it doesn’t work.

HostGator’s blog features more of what you’d expect on a typical blog where the full blog post is featured on the home page. HostGator makes things a little easier to navigate with a sidebar complete with topics and categories you can explore.

Bluehost’s blog layout appears to be catering mostly to those on mobile devices while HostGator has more of a traditional desktop feel. When it comes to user-friendliness, however, HostGator’s blog design offers an easier experience.

If you’re looking for tips and advice on a frequent basis, then head to HostGator’s blog. They’ll update you every Tuesday and Thursday, which has efficiently packed their blog with tons of useful information on building your website and running your business.

Bluehost, on the other hand, doesn’t appear to use a posting schedule, which might get a bit annoying if you’re trying to follow their content. Some months are completely silent in the Bluehost world while other months you might get five or more posts from them.

Since the companies work in the same industry, one can only expect that they’d share similar content. HostGator’s content is very much about being useful to their customers. You’ll read about topics related directly to web hosting, but they also share advice on closely related areas of interest, including tons of small business tips and social media campaign advice to help you succeed on all ends of your business.

Bluehost posts more frequently when they have news about their business or events to update their customers on. However, they will throw in helpful articles and infographics every now and then, and the content that they share is just as helpful as HostGator’s content.

While customers across the two brands are likely to complain about customer support at one time or another, there are customers on both sides who rave about the support they receive. Luckily, both companies make contacting support easy. You’ll find a call number, live chat option, and support ticket links on both the companies’ websites. HostGator is also open to receiving faxes. Both boast technical support 24/7, which is super helpful for international customers who don’t run in the same time zone.

Like with the other areas of their business, they go head-to-head with customer support satisfaction. Customers report that estimated wait time for HostGator support is around 30 minutes while Bluehost customers can often get in touch with a representative in 15 minutes or less. Of course, the wait times will vary based on how busy they are at a given time.

Overall, Bluehost and HostGator are very similar companies that use many of the same effective tactics in web design, marketing, and customer support. When comparing the two companies based on their business model rather than their packages and pricing, it’s a tough comparison thanks to how alike they are.

What do you think? If you had to choose one company based on how they run business, which one would you rather go with? Let us know in the comment section. 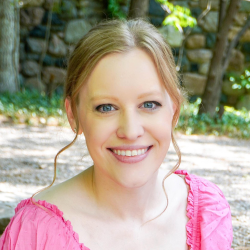 Alicia Rades (@aliciarades) is a professional blogger for hire who specializes in blogging, freelancing, and lifestyle topics. Learn more about her at aliciarades.com, where you can download her free blogging guide, 20 Questions to Ask Yourself Before Hitting Publish.